Video games are still one of the most popular activities in the world with around 3.1 billion people playing them worldwide! One of the main reasons for this would be the evolution of the video game controller, as consoles have developed and upgraded over time so have the gaming controllers. Below are a few controllers that revolutionised how video games are played today…

Known as the first widely used cross-platform video game controller. The original Atari CX10 Joystick was released with the Atari Video Computer System in 1977 and became the primary input device for most video games on the platform. It was replaced the next year though, by the simpler and cheaper CX40. The CX40 was a big hit in the late ’70s and early ’80s and is often referred to as the symbol of 1980s video game system design with its famous joystick controller. For lovers of the joystick design of this time, you can find similar designs in our products section on our website.

As the USA was going through the ‘video game crash’ in 1983, Japan was just releasing a console that would change the shape of gaming. Along with the NES, of course, came its video game controller, as gaming had seemed to have gotten tired of the joystick design as people wanted to do more than just move around a screen, button controllers were introduced and were made famous by the NES in 1983. The design for the video game controller was simple, it was a wired handheld, square-shaped controller with four directions and two buttons. This was ground-breaking at the time.

Sega brought out the original three-button controller, which was released with the Sega Genesis in 1988 and later upgraded to the six-button, in 1993. Sega went for a completely different design to the norm, which was to ensure that your hands would feel more comfortable holding a curved controller as no edges or corners could dig into your hands when gaming, it was rather remarkable. At Arcade Mania, we also offer buttons for those who prefer their arcade machines with buttons as well as a joystick.

They produced 2 types of the Six Button Control Pad, a smaller model originally intended for Japan, and a larger one intended for the West. The differences in size were due to a perception that the Japanese and people living in similar Asian countries had genetically smaller hands.

After the success of the SNES, Nintendo’s next console had to be something special as people had their expectations to the maximum, they answered this demand very well with the launch of the Nintendo 64 in 1996. Along with the new console, of course, came a brand-new video game controller which was rather unique. The controller was m-shaped, featuring 10 buttons, 1 analogue control stick and a directional pad. It is clear to see that this controller and many controllers at this time, took the idea of a joystick and buttons and just condensed them down into 1 handheld controller with the layout looking like an 80’s arcade machine.

Stated by some as possibly the greatest video game controller of all time, Sony seemed to have got it right with the design of their new controller for the PlayStation. Taking inspiration from its predecessor, the DualShock set the benchmark for controllers when it was released in 1997, causing many to begin to try and replicate and perfect Sony’s design. The video game controller was practically immaculate, as it fit and shaped into your hand perfectly. Each button was just the right distance apart from each other to make sure your thumbs were comfortable, as well as it is having dual analogue sticks.

If you’re a fan of the old-fashioned retro joystick or maybe if you prefer a standard button design, then you should take a look at our fantastic range of arcade machines and buttons.

Alternatively, if you have a question about our products, please give us a call on 0121 433 5554 and we would be more than happy to help.

There comes a time where companies and players alike want their favourite retro games to be made into a reboot and bring it into the own modern age, this is to gain popularity and money from the companies’ point of...

Video games are still one of the most popular activities in the world with around 3.1 billion people playing them worldwide! One of the main reasons for this would be the evolution of the video game controller, as consoles have... 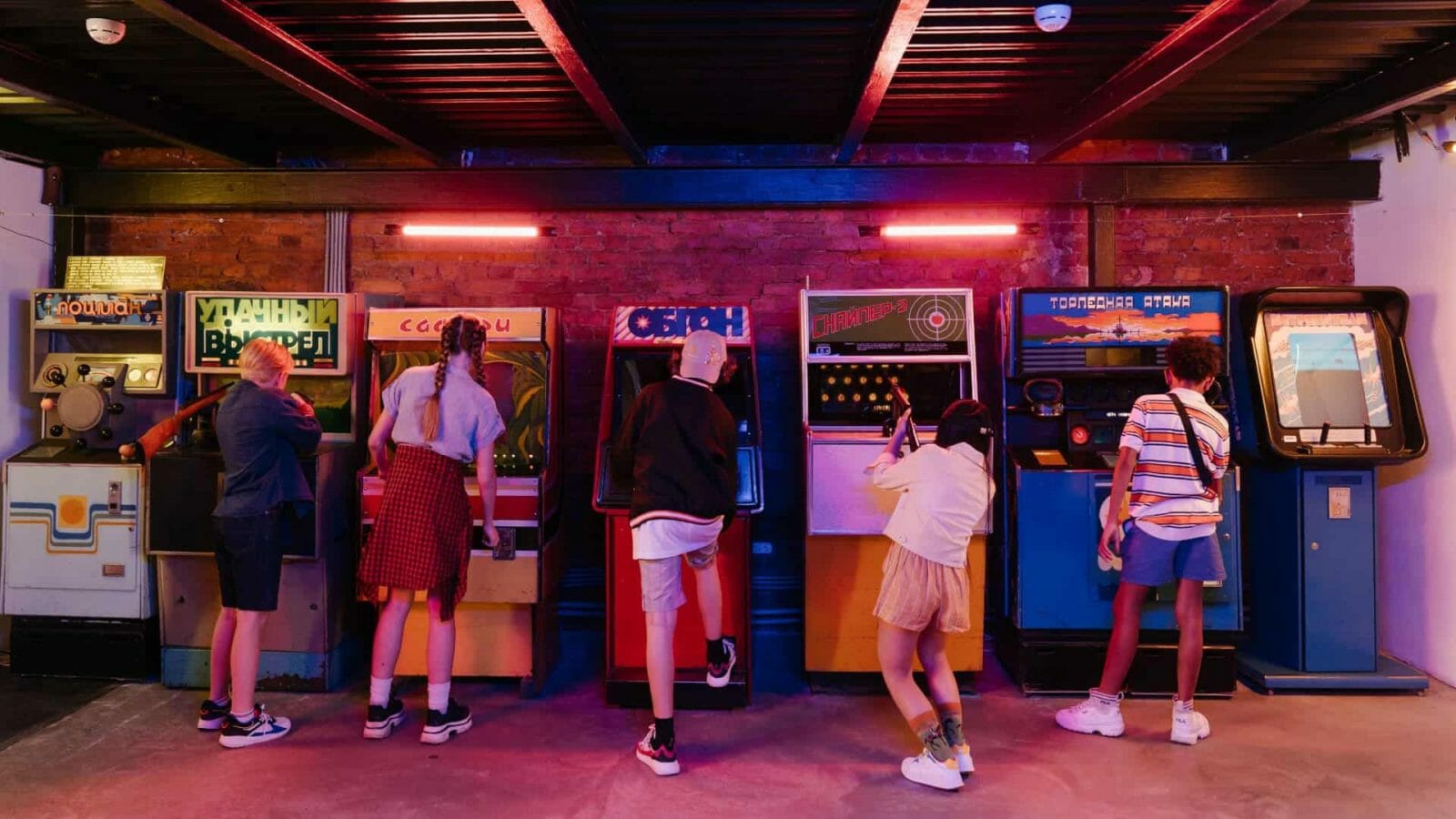 There are a multitude of popular films that reference famous retro games, the majority are based off games themselves so it is interesting to see how well some film studios can develop a game into a film. Some popular films...